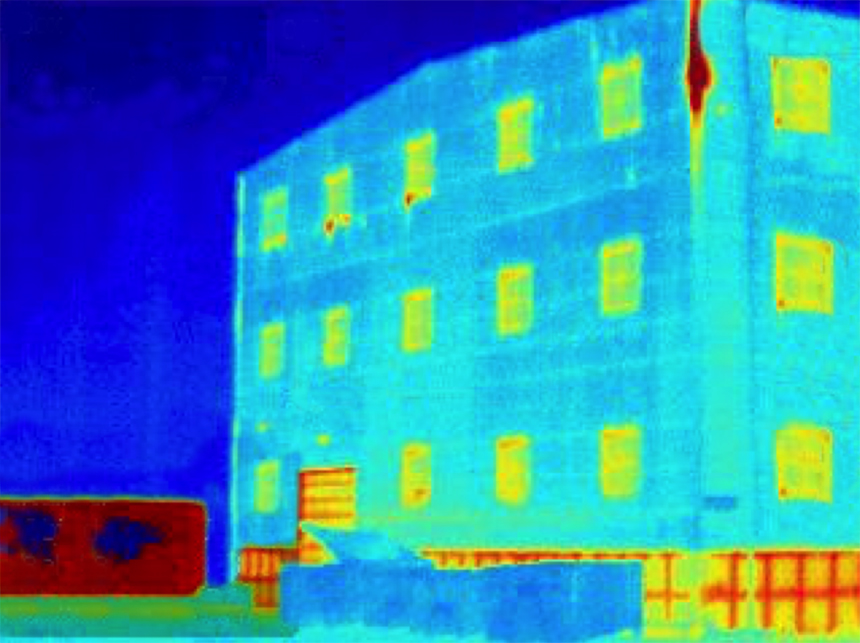 Earlier this year I attended the ASHRAE meetings in Atlanta, where we worked on the final stages of the 2019 ASHRAE 90.1 Standard. Though it’s not yet ready for publishing, there will be quite a few changes from the current code cycle to the 2019 Standard. With plenty of new changes on the horizon, now is as good a time as any for me to provide a comprehensive update on the current state of the codes landscape, as well as what you can expect for the rest of the year.

Before I get into specifics, take a step back and think about it: The metal building industry has witnessed a tremendous shift over the last several years. Increasingly stringent energy codes have propelled the industry toward more sustainable construction and innovation that we wouldn’t have imagined a few decades ago. An entirely new vocabulary is used when talking about metal buildings: “Conditioned Space”, “climate zones”, “air barriers”; 30 years ago this was all Greek. Additionally, newer energy codes contain higher performance expectations, which not only require more insulation, but also call for more advanced systems, such as air barrier systems, liner systems, and daylighting.

The Difference Between ASHRAE and IECC

Any thorough commercial energy code update wouldn’t be complete without a review of the basics. If you feel comfortable with this information and don’t need the primer, skip down to the section titled, “Code Adoption by State as of December 2018”.

First, ASHRAE 90.1 is a minimum Standard of energy efficiency, not a code agency. IECC is a model energy code that references the ASHRAE 90.1 Standard.

What’s In An Energy Code

Remember that there are three major components of an energy code:

Additionally, there are many elements within the building envelope subject to energy code regulations:

This blog post focuses on changes to roof and wall assembly code requirements, but remember that there are updates to other elements of the building envelope that you should also be aware of.

Code Adoption by State as of December 2018

The resources we most commonly use for state code changes include the    Department of Energy (DOE), the Building Codes Assistance Project (BCAP), and the International Code Council (ICC). This chart, which is a comprehensive list of code adoptions in each state, is current as of December 2018. You can think of this as the “holy grail” for determining which adoptions have been made in your state. Again, here’s the link to access the International Code Adoption by State chart. 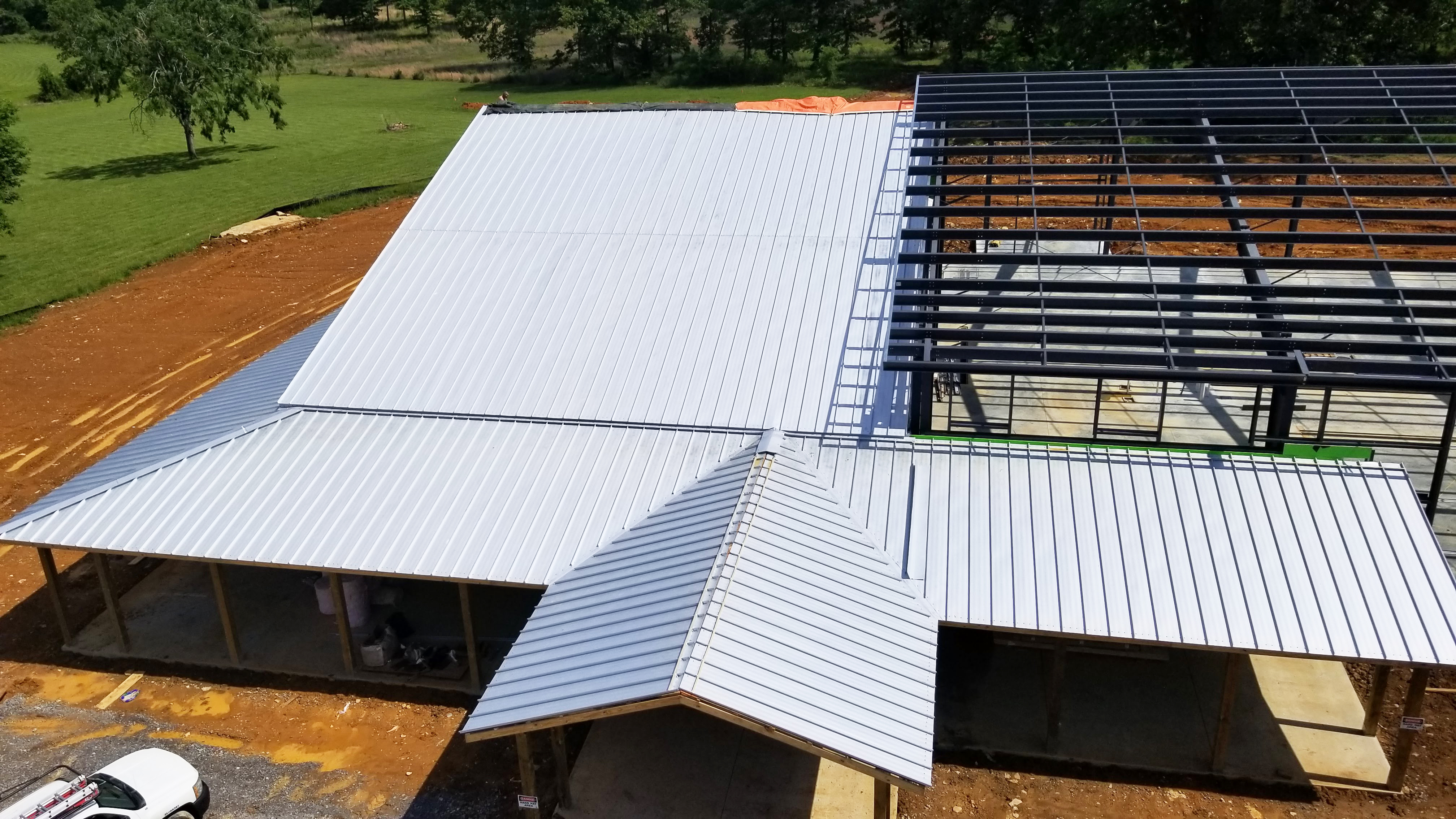 Under the newest code cycle, metal buildings are required to have more insulation than ever before.

While the ASHRAE 90.1-2019 Standard hasn’t been published yet, the 2016 Standard is out and ready for adoption. Thus, we refer to “IECC 2018/ASHRAE 90.1-2016” as the “newest” code cycle. While a handful of cities throughout the country have adopted it, no statewide adoptions have been made yet.

In terms of updates, you can expect to see the majority of changes in air sealing and blower door testing*. Additionally, there’s a reduced BTU table for semi-heated space. This means that the maximum allowable heat output per climate zone has been reduced, thus making the semi-heated compliance path more difficult to use. Remember that these comparisons are based IECC 2015/ASHRAE 90.1-2013.

The most widely adopted “new” code cycle is IECC 2015 and ASHRAE 90.1-2013. If your current state’s code is based on the IECC 2009/ASHRAE 90.1 2007 Standard, you’ll see the most significant envelope changes. Many states currently at the IECC 2009 code are bypassing IECC 2012 altogether (or have already done so) and adopting IECC 2015. Pennsylvania and South Carolina are examples of this. On October 1st2018, Pennsylvania changed from IECC 2009/ASHRAE 90.1-2007 to the IECC 2015/ASHRAE 90.1 2013 Code. South Carolina did the same as of January 1st, 2019. This is a huge jump, and many metal building contractors will feel the pressure. If you haven’t used Liner Systems (Ls) or Filled Cavity/Long Tab Banded Systems (FC)in the past, you will need to start using them. Both options fulfill the metal building insulation requirements; it’s just a matter of preference.

Table 3.2 (below), which is used for determining semi-heated space, has not changed from older code cycles to this one.

If semi-heated is not allowed based on the heating system or jurisdiction, then each climate zone will have major increases in thermal performance, which translates to increased insulation levels under the non-residential space. This is based on the ASHRAE 90.1-2013 Standard; the IECC 2015 code has, for the most part, the same values. For example, using ASHRAE 90.1-2013, climate zone 5a requires a roof U-Value of .037 and a wall U-value of .050. In order to obtain these U-values, a metal building would require either a Liner System or Filled Cavity Long Tab Banded System for the roof, and a Liner System Filled Cavity for the walls.

The Biggest Question to Answer in 2019: “What Do I Need to Meet Code?”

As we move toward more complexity in each code cycle, this longstanding question will only become even more common. As simple as the question is, it is very difficult to answer. In short, the compliance path I recommend most often is the prescriptive approach. Per the DOE, the prescriptive approach includes “requirements that either must be met by every building design, or if the requirement is not met, a tradeoff must be made to “make up” for not meeting that requirement.” In other words, you must meet all U-values of the roof, walls, foundation and fenestrations. If a tradeoff is indeed needed in the end, the quoted price has covered any changes.

The code cycle changes that are either here or coming soon to your state are, without a doubt, challenging to say the least. As an insulation supplier with multiple locations throughout the country, our teams have had to attend meetings for, learn about, and be involved with the entire process of code development. This is to assure our customers that we are providing code compliant envelopes to their customers and, on a larger level, the metal building industry. Overall, the newest code changes mean more efficient buildings, and more innovative solutions, that have greater potential to save end-users money.

For Email Newsletters you can trust.
MORE BLOGS