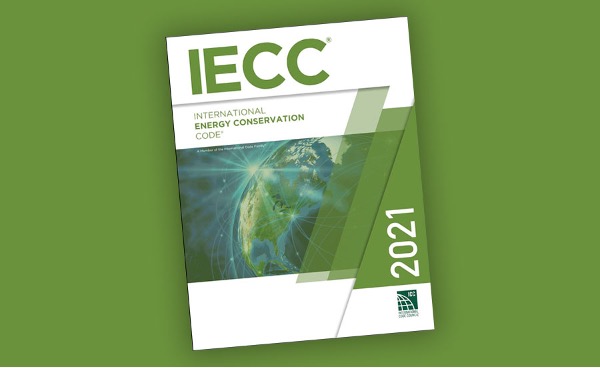 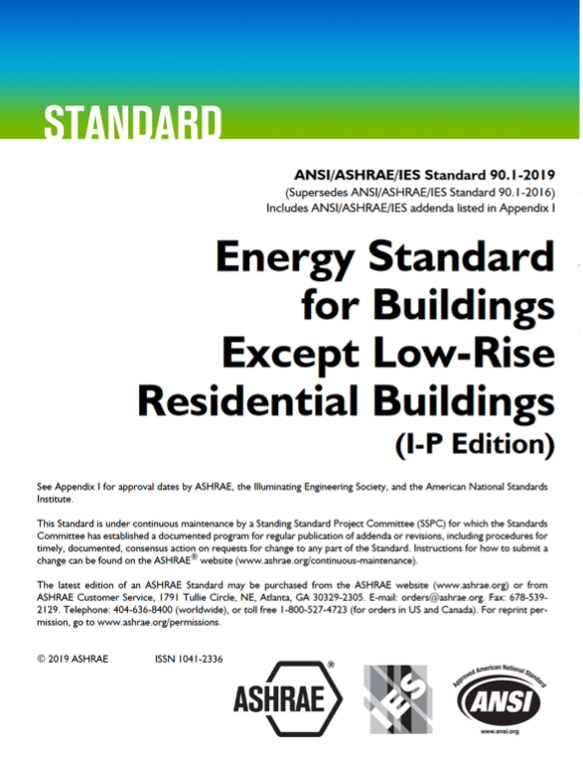 Quite a bit has changed since my last blog post; over the past two years, a worldwide pandemic, international supply chain issues, product allocations, and labor shortages have challenged the metal building industry. Similarly, the commercial code landscape has evolved and, while most ASHRAE meetings have been virtual, the work of each new Standard has continued on. So, what should you know as we move into 2022? Let’s take a look at the latest metal building code updates.

First, let’s back up. You’ll recall from an earlier blog post that ASHRAE 90.1 is a minimum Standard of energy efficiency, not a code. The International Energy Conservation Code (IECC) is a model energy code that references the ASHRAE 90.1 Standard. Other differences include:

Also, remember that an energy code consists of: 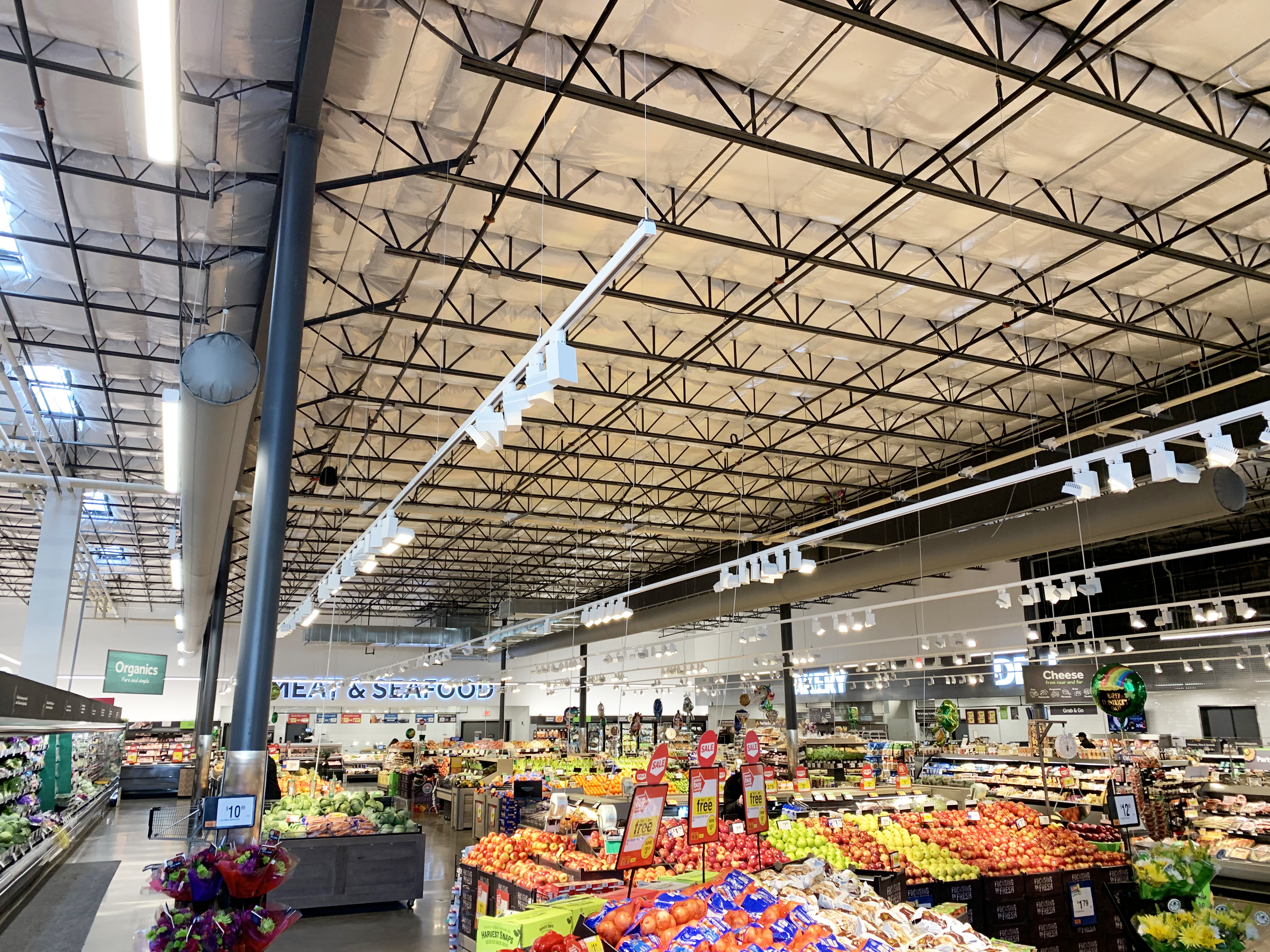 The newest energy code cycle is now IECC 2021/ASHRAE 90.1-2019. Both have been published and will be adopted by some states this year. It’s difficult to say which states will adopt, but you can most likely expect to see adoptions made in June, July or January.

You can expect to see the majority of updates in air sealing and blower door testing. Other notable changes include:

The resources we use for state code changes include the Department of Energy (DOE), the Building Codes Assistance Project (BCAP), and the International Code Council (ICC). The chart below, which is a comprehensive list of codes adoptions in each state, is current as of January 2022. You can think of this as a guideline to help determine which adoptions have been made in your state. 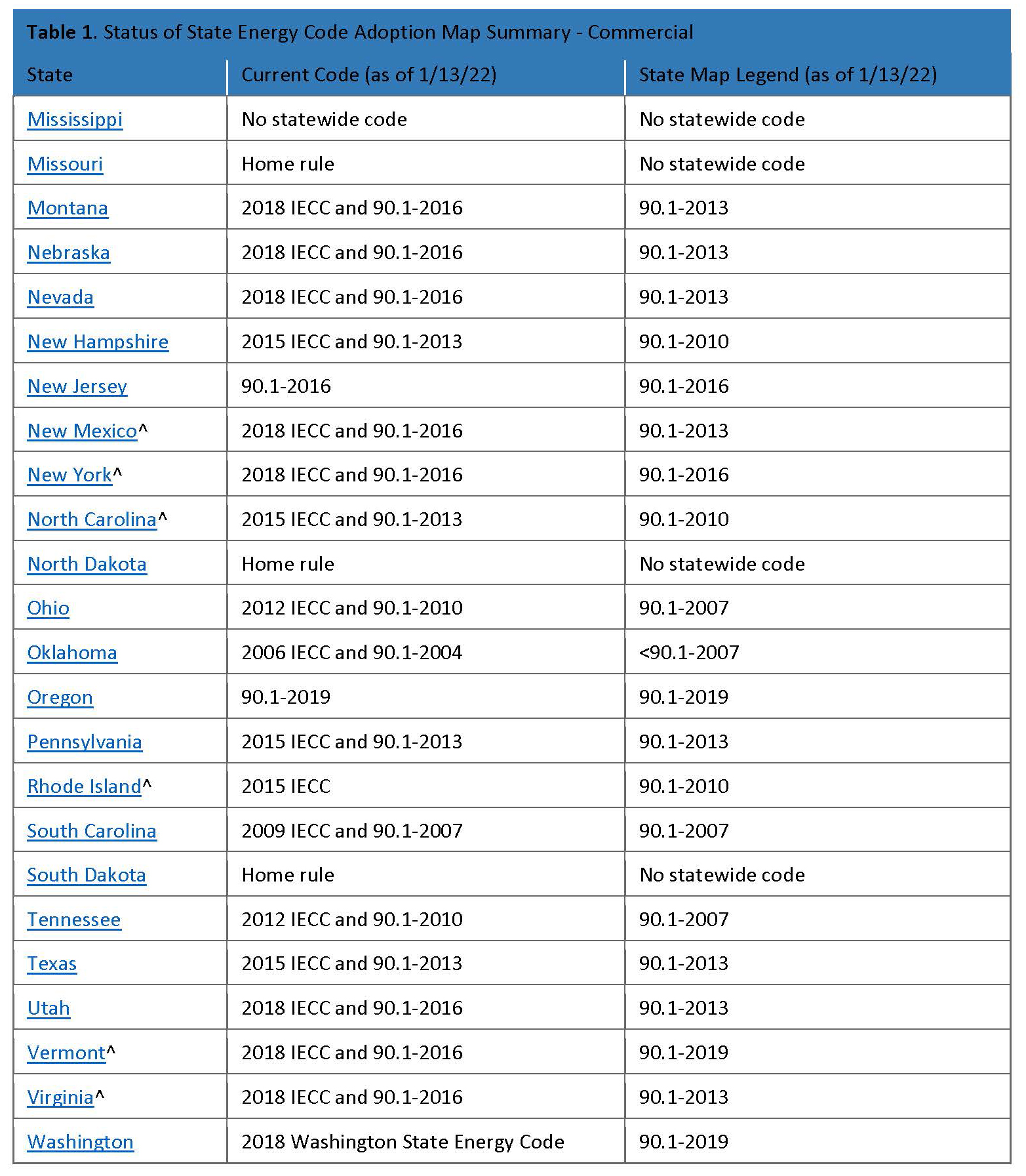 *A review of the codes in place in jurisdictions across the state indicates that 86% (Hawaii) and 82% (Arizona) of the population is covered by codes at this level.

^ When an amendment impacting energy efficiency can be quantified using DOE Prototype Building Models, they were captured in the analysis.

The Biggest Question to Answer in 2022: “What Do I Need to Meet Code?” 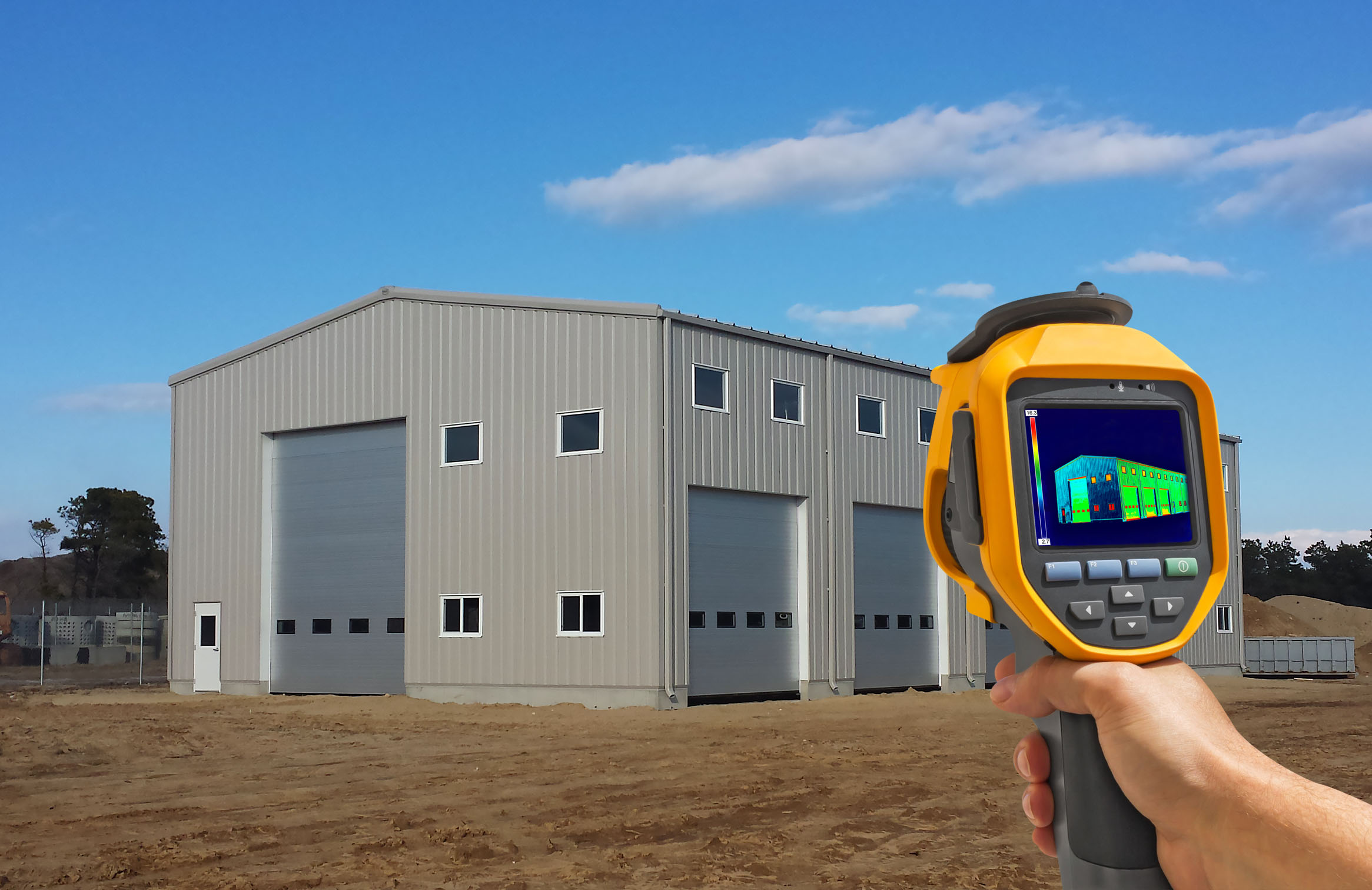 As we move toward more complexity in each code cycle, this longstanding question will only become even more common. As simple as the question is, it is very difficult to answer. In short, the compliance path I recommend most often is the prescriptive approach. Per the U.S. Department of Energy, the prescriptive approach includes “requirements that either must be met by every building design, or if the requirement is not met, a tradeoff must be made to make up for not meeting that requirement.” In other words, you must meet all U-values of the roof, walls, foundation, and fenestrations. If a tradeoff is indeed needed in the end, the quoted price has covered any changes.

Some other areas of the building envelope I have had to address come from the International Building Code (IBC). More specifically, the structural code. The important section to review is Section 1402.2: Weather Protection, which covers weather resistive barriers in exterior walls. If the metal building wall panel supplier has not tested their panels per ASTM E331, compliance can be very difficult. The ASTM E331 is the exemption for having to create a wall cavity designed with flashings and a means for draining water that enters the assembly.

In closing, the code cycle changes that are either here or coming soon to your state are, without a doubt, challenging to say the least. As insulation suppliers located throughout the country, we’ve had to attend meetings, learn about, and be involved with, the entire process of code development. This it to ensure that our customers are providing code-compliant envelopes to their customers and, on a bigger level, the metal building industry. So far, it’s been a good year for metal building construction. The newest code changes mean more efficient buildings and more innovative solutions that have greater potential to save end-users money.

Make sure to subscribe so that you don’t miss my next post, which will break down a topic I’m asked about quite a bit: Air tightness and air leakage in the building envelope.